The fifth season of the Pakistan Super League (PSL) is gearing up for a thrilling and exciting phase after 23 matches. If you talk about the...

The fifth season of the Pakistan Super League (PSL) is gearing up for a thrilling and exciting phase after 23 matches. If you talk about the league's first 4 seasons, then three finalists, Quetta Gladiators and 2 finalists, Islamabad United are in trouble and both teams may also fail to reach the playoff stage for the first time. ۔
On the other hand, Multan Sultans, who will be part of PSL in 2018, have become the first team to enter the play-off stage this time. This is the first time in PSL's 5-year history that a team other than Quetta Gladiators, Islamabad United, Peshawar Zalmi and Karachi Kings have reached the play-off stage of the tournament.
The Multan Sultans have played exciting cricket this time. A prime example of this is the match played in Multan when captain Multan captain Shaun Masood made a courageous decision to bat first against the Kings against Karachi Kings, and the team's outstanding performance proved to be correct. Wind. Otherwise the teams are so scared this time that after winning the toss, there is nothing more to do than bowl first. Then Multan was also fortunate in the fact that rain against Lahore and Karachi reached for help when their batting was waning.
But the fate of Islamabad has not been so good this time. While their matches were affected by the rain on the one hand, on the other hand, they are also unlucky in the case of their captain Toss. 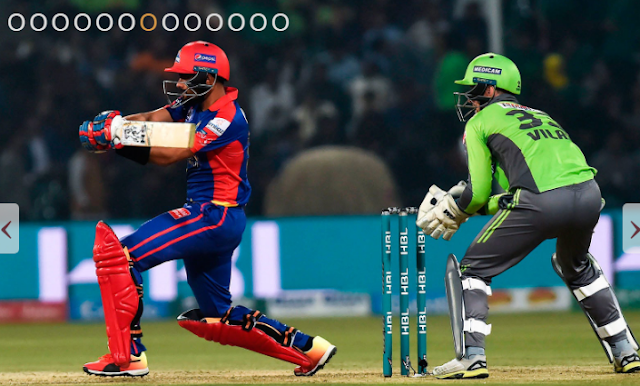 Especially if this season, it is proving difficult for the bowlers and defending the target has become a daunting task. Of the 23 games played so far, 16 were won by the teams that were chasing the target. Winning the toss was crucial for any captain in this situation, but Shadab Khan proved to be unlucky in this regard.
Of the 9 matches played by Islamabad United, Shadab Khan has won the toss only twice. Shadab did not win the toss in the most important match played against Multan on Sunday. By the way, the idea was that the match might not have been held but luckily, the match was limited to 9 overs.
In this crucial match, Multan Sultan's captain Sean Masood won the toss and invited Islamabad United to bat. Initially, this decision seemed wrong when Colin Monroe and Luke Runner started the inning with great speed. In the third over of the innings, Junaid Khan took Luke Runner's wicket, but Colin Monroe still kept pace with Shahid Afridi coming in for the fourth over, taking three boundaries on the opening three balls. Tried to convey that they are still in form today.
After only 4 overs, United's score had reached 52 and it seemed that the matter might have reached 125, but Imran Tahir's experience did not allow that to happen. Imran Tahir scored with Colin Monroe on the second ball of his over, but on the next ball, he took revenge by showing Monroe the way of Pavilion.
By the time Monroe's wicket fell, Islamabad had scored 57 off the first 27 balls. But like the last few matches, United have also been knocked out in the last part of the innings, scoring only 34 runs for the last 27 balls, and perhaps this defect was the main reason for Islamabad's defeat.
The Sultans got off to an aggressive start in the 92nd over, with opener James Vince hitting five boundaries in the second over of the innings with 5 balls to spare. Just like that.
Multan Sultans qualified for the play-off stage of the Pakistan Super League with a target of just over 6.4 overs by James Vince's aggressive 61 off 24 balls. On the other hand, after this defeat, it is almost impossible for Islamabad United to reach the playoff stage of the tournament.
Lahore vs Karachi.
An important match was played between the traditional rivals Karachi Kings and host Lahore Qalandars on Sunday. Lahore Qalandars captain Sohail Akhtar won the toss and invited Karachi to bat. Here's a preview of the exciting and thrilling moments of this match
Caching is an unforgivable offense.
In the game of cricket, the parable of the catches win the matches is very well known, and this proverb proved true in this match. In this match, both teams had to deal with catches. In the first innings, in the fourth over, Mohammad Hafiz dropped the heels of Alex Hales to Patel's ball when Hales scored just 4 runs. Hales took full advantage of this opportunity and played a vital role in leading his team to 187 runs in the stipulated 20 overs, playing an aggressive innings of 80 for just 48 balls.
It seemed that the score would be enough to win the match and the Karachi Kings bowlers provided a good start but then the house was set on fire by a house lamp, namely Mohammad Rizwan, who was fielding as an alternate fielder on the boundary of the mid-wicket. They left Ben Dunk's catch in the 12th over when they were batting at just 11 runs.
What was it then, that Ben Dink responded to Rizwan's grace by raining sixes. His cat was on fire against both left-arm bowling spinners. Ben Dink didn't get the point here but he got a second life in the innings when captain Emad Wasim failed to catch his own ball in the 16th over. Dunk took full advantage of these chances and scored a top-order 99 for just 40 balls with 12 fours and a six.
After this victory, there is ample opportunity for the Lahore Qalandars to make a new history. If the Qalandars are successful in 2 of their next 3 matches, it may be possible to reach the playoff stage of the Pakistan Super League for the first time, but if they win all three of their matches, then the chances are certain and reach.

Mohammad Hafeez proved to be unprofitable.
Mohammad Hafeez, the most experienced player in the Lahore Qalandars, is constantly proving to be unprofitable. When he came to bat in this match, the team needed to run fast, but Hafeez was out for only 16 runs off 24 balls. It was good for the Qalandars to be out so that if they were present for some overs and wickets, Ben Dunk's magical innings might not have won them.

Hafeez will now have to wake up and perform consistently in batting, bowling and fielding for his team. The Lahore Qalandars gave young league spinner Maaz Khan a chance in this match, who returned to his best after giving away 17 runs in his first over and giving only 14 runs in the remaining 3 overs and valuable wickets for Babar Azam and Cameron Delport. Get it. This performance marks the poignant future of Maaz Khan.

Mohammad Amir was once again impressive.
Mohammad Amir was once again the most prominent player in the Karachi Kings Bowl. Whenever Aamir comes to bowl, it looks like he will get a wicket. Amir only got one wicket in his 4 overs but if luck would have helped him, he might have managed to get many more wickets. Ben Dunk was playing with Aamir despite being in his entire jawbone, and this is the reason for Aamir's brilliant success.

Great atmosphere of Gaddafi Stadium.
The enthusiasm of the spectators in Lahore was at its peak on Sunday evening. It was probably the first match of the season in which Gaddafi Stadium House was full. Throughout the match, the spectators present at the stadium openly supported Lahore and the good thing is that the support came from their team. Earlier in the competition in Multan, local spectators had openly supported and supported their team, the Multan Sultans. The final round of the league round in this tournament will be in Karachi. Hopefully in the National Stadium in Karachi, we will see the people's gym.

After 12 days of consecutive matches in the Pakistan Super League, there is a day's rest, and now all the remaining matches have been a hit or die for the teams. Hopefully, the upcoming matches will be safe from rain and fans will have a chance to see more exciting and exciting matches in the next few.