South Korea: Electronic bands will be worn on the wrists of quarantine breakers

The South Korean government has decided to put electronic bands on the wrists of breakers, taking drastic measures to prevent the spread of ... 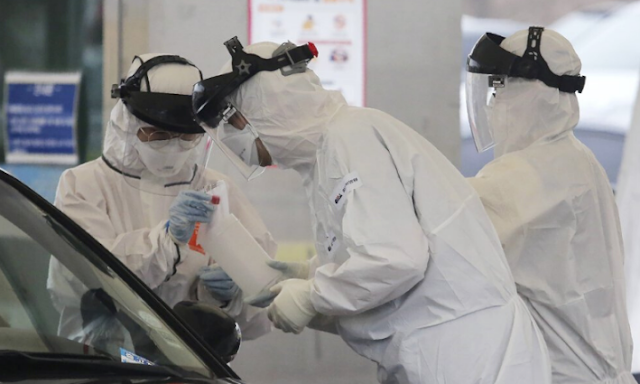 The South Korean government has decided to put electronic bands on the wrists of breakers, taking drastic measures to prevent the spread of the Corona virus.

According to a Foreign News Agency (AP) report, Yun Tai Ho, a senior official at the South Korean Ministry of Health, said concerns about the personal freedom of citizens regarding the bands were being raised.

He said the order would be implemented with the help of police and local administration officials after two weeks of preparation.

Authorities need more effective measures because the people living in Quarantine and those coming from out of the country have quit after the 14-day quota imposed April 1, the government official said.

He said that the number of citizens returning to Europe and the United States was worsening with the Corona virus.

Lee Boeim-seok, a South Korean interior and security official, acknowledged that the legal nature of forcing citizens to wear bands on the wrist is insufficient.

Police and local administration officials will submit a consent form regarding the device when investigating those who break the quarantine, he said.

According to current South Korean laws regarding pandemic diseases, violators can face one year in prison or a fine of $ 8,200.

The Interior Ministry official said those who agreed to wear bands on the wrist could potentially ease the sentence.

The number of Corona virus cases in South Korea was initially steadily increasing, but effective measures were limited.

South Korean officials said yesterday that the Corona virus had come out positive in 91 people who had recovered earlier.

The Korean Centers for Disease Control and Prevention (KCDC) director Jeong Im Kyung said during the briefing that the virus could be re-infected rather than re-infected.

Health ministry officials said it was not yet clear what caused the trend, but an investigation is underway.

It should be noted that 27 new cases of Corona virus were reported in South Korea yesterday, the lowest since the outbreak in February.

Following the new cases in South Korea, the number of people affected by the Corona virus has increased to 10,450.

According to the KCDC, there have been 211 deaths from the virus in the country.