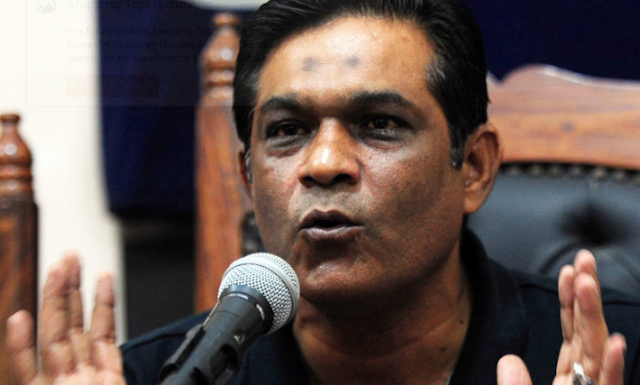 Former captain of the national cricket team, Rashid Latif, termed Sarfraz Ahmed's removal from the national T20 squad a mistake and said that for the betterment of Pakistan cricket, we have to plan for the next 30 years.
Speaking to Sports Journalist Abdul Ghaffar online, Rashid Latif said that the cricket has been cracked by the Corona virus, the PSL has not been completed as well as all other things, including domestic cricket, have been halted. Going backwards.
Read more: Nook and tear between Shoaib Malik and Ramiz Raja on retirement issue
Rashid Latif said that before the PSL, we were going down in all three formats, we are number one in T20, but we are in danger that this global number one position will be lower than us. Will go
He said that the cricket boards in our country change very rapidly, every time the new chairman has made a new board law and every law seems to make himself safe instead of our cricket.
The former wicketkeeper batsman said, "I wish we could find a chairman or a government that has a constitution for the next 30 years that includes school, region, district, club cricket, that cricket has disappeared."
He termed the absence of club cricket as the cause of the decline of Pakistan cricket and said that Pakistan cricket got a lot of players from Karachi cricket in Karachi and Rawalpindi. Have to give
ALSO READ: Azhar supports holding matches without spectators in closed stadiums
Rashid Latif said it is not wonderful to come in at number one or number two, not to win one event in 10 years, but more importantly to win the series from Australia, England and so on.
He said that any administrator, chairman or administrator should give at least 5 years and then evaluate their performance but within a year everything policy including National Cricket Academy, selection committee, coaching staff should be made. ۔
The former wicketkeeper batsman, who has represented Pakistan in 37 Tests and 166 ODIs, added, "We have to make a document for our cricket because we cannot walk without documentation, with England, Australia South Africa and India." It exists and they play on cricket's blueprint.
He said that if sports were reviewed around the world, policy-making is not a difficult task; clubs and boards are running successfully all over the world.
Read more: Kohli's monopoly ends, Stokes Wisden's best cricketer of the year
"We used to play with our region and after 8-9 matches, we would come to the department and we would have to bring back the same old system to improve our cricket," he said.
Rashid Latif said that the obsession with cricket has more to do with the rise of sports, today's kid plays at the playstation while we used to play tap ball, tennis ball and hardball in the streets of our time, we had madness but Today, that madness is over, people have earned more money in our time, but nowadays if a player makes a contract of $ 50,000, it is the life of an old-time cricketer, the player of today plays cricket. So you want to play for Pakistan but we used to play for our passion and passion.
On the occasion, he revealed a memorable story of Saeed Anwar, saying that Saeed Anwar was not a cricket enthusiast; So he used to bring them forcibly because he was not fond of it. In the interim he really started cricket in a super cup match with Haidari was Shalimar's match. Waheed Mirza sent him opener, Saeed Anwar in two overs. Do 30-35 after which Isaac's brother took UBL from there.
Also read: Qatar rejects US allegations of bribery for World Cup hosting
Rashid Latif termed the respect factor as one of the reasons for the downfall of Pakistan cricket. "Today's players also lack respect for their seniors. No matter how much we disagree with our seniors, we respect respect." So this is the biggest difference between today and the past.
In response to a question, he said, "We have to give the environment to make the player a great player. If we have to give freedom, it will give the player confidence which can make a big difference in his career as a cricketer."
Former captain of the national team said that Babar Azam is a great player and can be a great player but his ability to speak is lacking while restrictions have made his weakness more prominent.
He advised young players to play with a positive mind in every situation and try to overcome their negative aspects and flaws while practicing because a player knows best what his flaws are. ۔
Read more: 'Australian cricketers don't play against India due to IPL'
Rashid Latif said that Sarfraz Ahmed should not have been eliminated from T20 and we have made Rizwan captain in all three formats even though both Sarfraz and Kamran Akmal are better than them in T20.
He said that Rizwan is the best player in ODIs and Test and should not be removed from it, but he should feed either the top or Kamran in the T20.