The United States has also become the leading country in terms of the number of deaths after the Corona virus victims, where the total numbe... 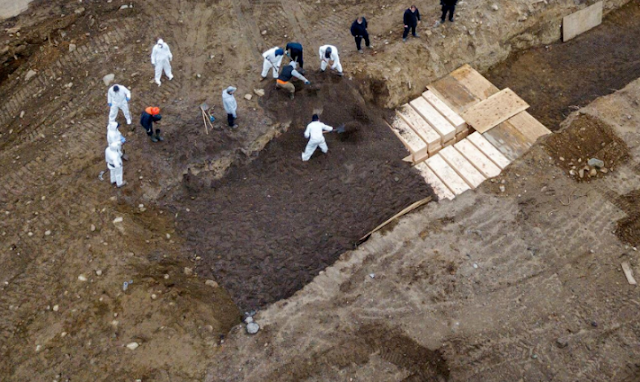 According to a foreign news agency 'Reuters', the total number of deaths from the Corona virus in the United States has risen to more than 19,600 while there is a risk of further outbreaks.

It is thought that the number of Corona virus deaths in Italy increased from China, making it the most deadly country in the world.

Italy currently ranks second on the Corona virus casualties, with a total of 19,468 deaths.

Spain is the third largest country in Europe, where 16,353 people lost their lives due to the Corona virus.

The United States also recorded the highest number of fatalities in a single day, the number reported at 2000.

US health experts warn that if orders for citizens to stay confined inside homes are not extended after 30 days, the death toll will exceed 2 million in the coming months.

Also read: Eliminating sanctions, 'I must make the most important decision in my life'

According to the report, the number of victims of the Corona virus has increased during the Easter holidays in the United States.

It should be noted that the US government instructed citizens not to leave their homes in 42 of the 50 states two weeks ago, after economists said the unemployment rate could reach 200 million by the end of the month. Is.

He questioned how long the business would be closed and when travel restrictions could be maintained.

The death toll in the UK is close to 10,000
A further 917 deaths have been confirmed in the UK over the past 24 hours due to the Corona virus.

According to the BBC report, the total number has increased from 917 deaths in a day to 9,875.

According to the report, 900 deaths were reported in UK hospitals for the second consecutive day.

READ MORE: Restrictions on virus outbreaks should not be lifted, WHO

British authorities have urged citizens not to leave their homes and take precautions.

The Korna virus has infected 78,991 people in the UK so far, while only 344 people have recovered.

Increase in the number of victims in Turkey
The Turkish government has imposed emergency in several provinces and instructed citizens to take every possible step to prevent the spread of the Corona virus.

The total number of Corona virus cases in Turkey has reached 52,167, and the number has exceeded one thousand after a further 95 deaths.

Also read: South Korea: Electronic bands will be worn on the wrists of quarantine breakers

In the last 24 hours, 95 deaths have been confirmed in Turkey and the total number has reached 1,101.

The death toll in Brazil exceeds one thousand
According to the BBC, the number of Corona virus deaths in Brazil has exceeded 1,000.

The Brazilian Ministry of Health confirmed that 19,638 people had been infected with the Korna virus, while the total number of deaths was estimated at 1,56.

It should be noted that the number of victims of the Korna virus has increased to more than 16 million worldwide and the total number of deaths has also been reported to one lakh 3 thousand.