KABUL: The head of the US and NATO forces in Afghanistan met with Taliban leaders to discuss ways to reduce violence in the country. The Tal... 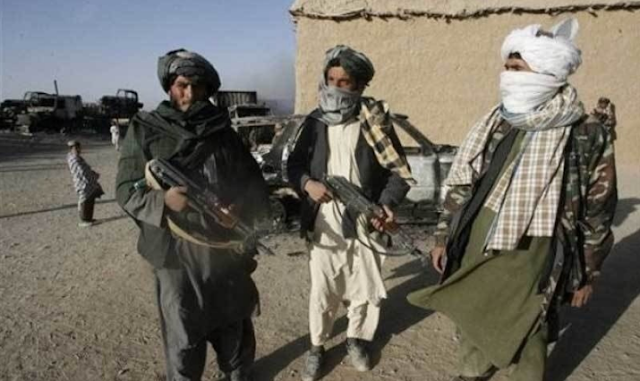 KABUL: The head of the US and NATO forces in Afghanistan met with Taliban leaders to discuss ways to reduce violence in the country.

The Taliban have been accusing Americans of violating the agreement.

Washington signed an important deal with the Taliban in February, promising to withdraw US and foreign troops from Afghanistan by next summer provided the Taliban started talks with Afghan government officials and followed other conditions. what happened.

He stressed the need for the Taliban leadership to reduce violence.

Taliban spokesman Sohail Shaheen said the meeting was related to the implementation of the agreement and its violations, especially attacks in non-combat areas and night raids.

The Taliban alleged that US forces assisted the Afghan government with air support, leading to civilian casualties.

The US, on the other hand, denied the allegations.

An American military spokesman called for the Taliban to stop attacking Afghan security forces and said US troops would continue to support them according to the agreement.

The Taliban say they have curtailed their attacks on Afghan forces and have not attacked US or NATO troops since the February 29th agreement was signed.

It should be noted that most of the recent Taliban attacks have been against Afghan forces stationed in remote areas.

Also read: [US and Afghan Taliban have signed peace agreement, foreign troops will be cleared in 14 months] 2

Taliban spokesman Zabihullah Mujahid said civilians were being injured or killed in attacks by US and Afghan forces.

An American military spokesman declined to respond, but said the Taliban often accuse the United States of America.

Another US defense official accused the Taliban of falsely accusing the US of pushing for a transfer of prisoners to Kabul.

In addition, the Taliban will release a thousand government supporters in return.

The Taliban met with Afghan officials last week to devise a comprehensive strategy for prisoner exchange, but the Taliban withdrew from negotiations only after the Afghan government offered to release a limited number of prisoners.