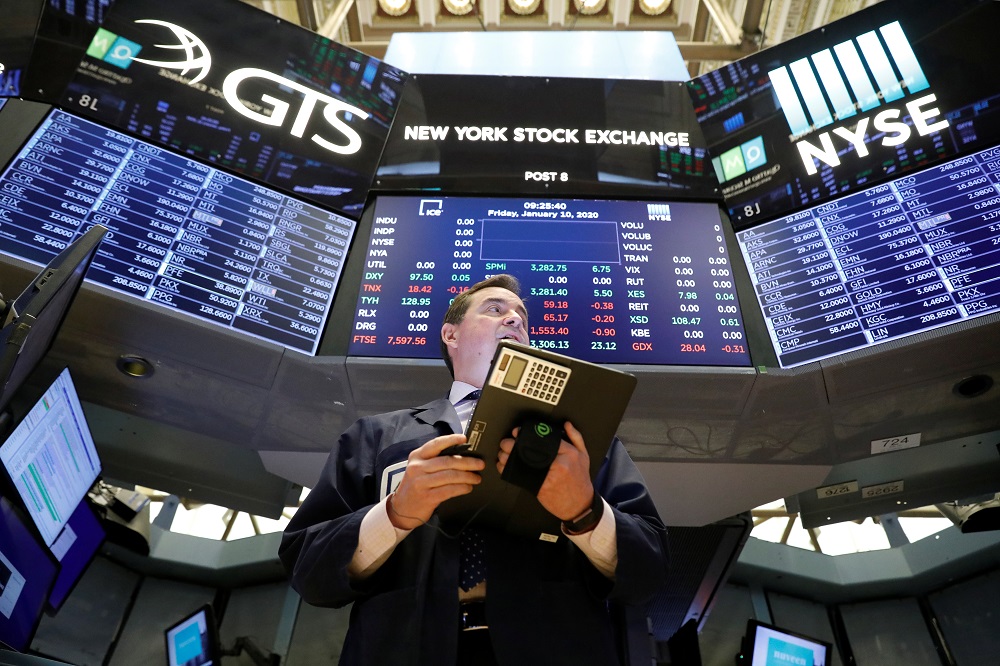 NEW YORK (Reuters) - Wall Street’s main indexes ended higher on Wednesday to snap a three-session losing skid as investors jumped back in to take advantage of the pullback in technology-related stocks, a day after the Nasdaq confirmed correction territory.

Tesla Inc shares rebounded 10.92% after suffering their biggest one-day percentage drop in the prior session, while Apple Inc, Microsoft Corp and Amazon.com Inc - the top three U.S. public companies by market capitalization - each rose by at least 3%.

Other stay-at-home winners such as Facebook Inc and Google-parent Alphabet Inc also climbed, a day after the tech-heavy Nasdaq ended 10% below its Sept. 2 record closing high, commonly known as a correction. The S&P tech sector notched its biggest one-day percentage gain since April 29.

“On one level it looks speculative but on another it is almost defensive because we know these companies will survive no matter what COVID throws at us.”

Analysts also said the Nasdaq’s ability to hold its 50-day moving average, a technical support level, was key in reversing the market’s direction.

The percentage gains marked the best one-day performance for the S&P since June 5, the Nasdaq since April 29 and the Dow since July 14.

U.S. stocks have become susceptible to volatility as market leadership has narrowed during the year to a handful of heavyweight tech-related stocks as traders bid up their shares in a rally that triggered a Nasdaq-led rebound for Wall Street from its pandemic lows in March.

The recent pullback has also been driven by worries that sellers of call options would unwind massive amounts of stocks they bought as hedges during the rally.

In a sign of growing unease about the positioning in tech stocks, skew, a measure of demand for protective put options in relation to call options, has risen sharply.

Market volatility is expected to further increase in the run-up to the U.S. presidential election, with September and October also historically turbulent months of the year.

In a reversal from the prior three sessions, growth stocks jumped 2.59% to outperform the 1.13% climb in value stocks.

Market participants were watching for signs of a widening in market breadth, supported by improving economic data.

AstraZeneca Plc could resume trials for its experimental coronavirus vaccine next week, the Financial Times reported, after the British drugmaker paused global trials of its experimental COVID-19 vaccine. Still, its U.S.-listed shares fell 1.96%.

Tiffany & Co tumbled 6.44% after French luxury goods giant LVMH warned it was set to walk away from its planned $16 billion takeover of the U.S. jeweler.

Advancing issues outnumbered declining ones on the NYSE by a 2.98-to-1 ratio; on Nasdaq, a 2.27-to-1 ratio favored advancers.

About 8.91 billion shares changed hands in U.S. exchanges, compared with the 9.21 billion daily average over the last 20 sessions.